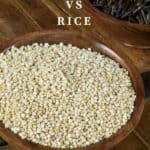 Have you ever wondered which would win the nutritional battle of Quinoa vs Rice? Is Quinoa Better than rice? Or is there a difference? Let's take a look and see which food comes out ahead. 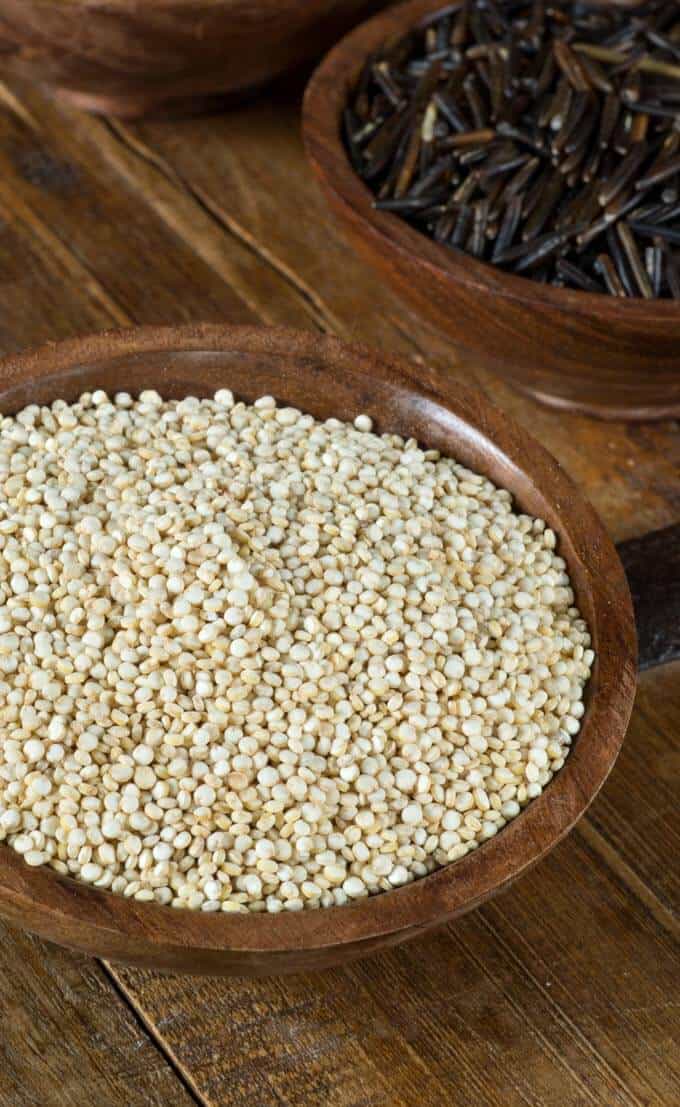 Quinoa vs Rice - Who Wins?

Over the years, I've been asked a lot of questions about quinoa.

People wonder the differences between red quinoa vs white quinoa. Or if quinoa is good for you.

One of the most common questions I've been asked is which is better for you - quinoa or rice.

Today I thought we would have a contest looking at quinoa vs rice and see who wins.

Scoring the Quinoa vs Rice Battle

The rules are that the one that provides the greatest amount of significant nutritional and health benefits from a lower quantity gets more points. Mere presence of a beneficial ingredient will score one point, while a greater amount of the beneficial element will score 1,2,3 … 10 as a comparison. If quinoa has 1mg or less of vitamin x and rice has 3mg, then quinoa will score 1 point while rice scores 3.

Where one has an ingredient which is absent in the others, the score will be 10 against nil. The highest score for any constituent will be 10 and the lowest will be 1 for presence.

Our comparison will be based on 100 grams of the raw edible food. The quinoa nutrition facts won't lie, so let's see who wins!

So here we go - Quinoa vs Rice!

Proteins constitute the building blocks of muscles, tissues, skin, hair and nails.  Proteins also act as a secondary source of energy in the absence of carbohydrates in instances such as starvation. 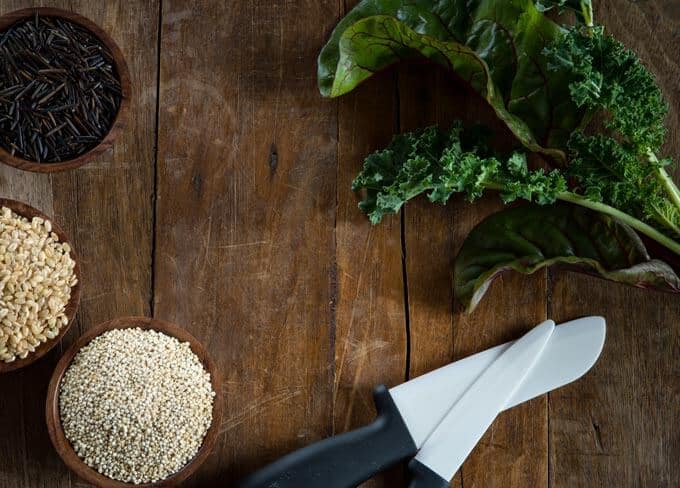 Fiber is an important component of nutrition. Some dietary fiber is soluble and is absorbed into the blood stream where it helps in the reduction of bad cholesterol, LDL. Insoluble fiber is not absorbed into the bloodstream but it helps keep the digestive system clean by absorbing water and various poisons. Quinoa contains 5.9g, brown rice has 3.4g and white rice has nil.

Vitamins and minerals - Quinoa vs Rice

These have a wide range of uses within the body. They help in various metabolic processes, help protect and fight against diseases, aid in digestion and the general maintenance of the body including assimilation of nutrients and other vitamins. Both quinoa and rice contain a range of vitamins and minerals which we shall score as per the following table.

Table of comparison of vitamin and mineral composition per 100gm of raw edible Quinoa, Brown and White Rice

Side by side, the rice vs quinoa contest has quinoa as the winner. 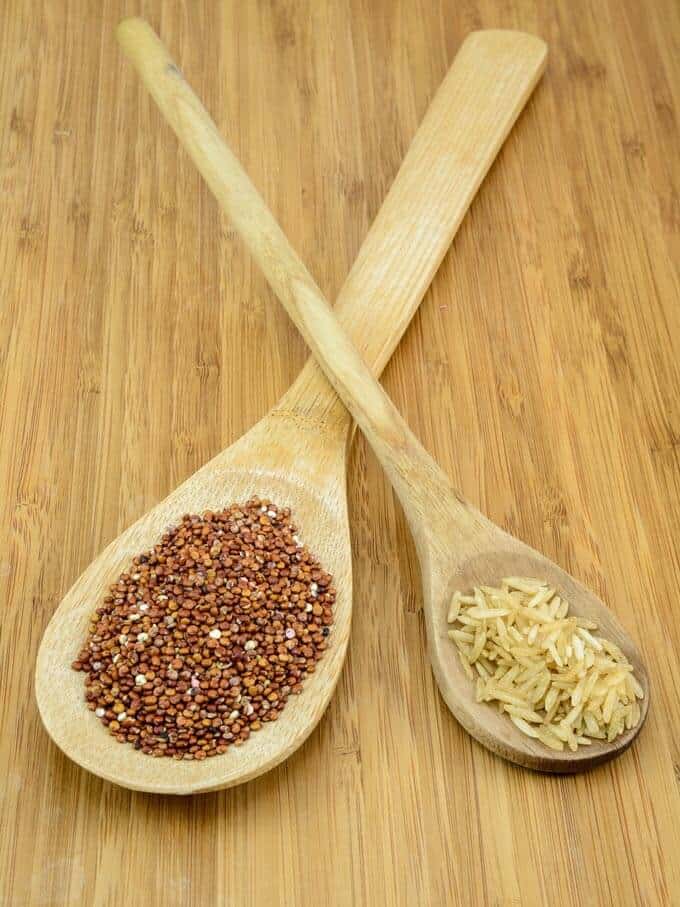 Why is Quinoa Better Than Rice?

Quinoa’s nutritional significance is more about the quality of the protein than the quantity.

The reason that quinoa is so important is that it is a perfect protein – often called “complete”. It contains all of the amino acids that we need for health. This is especially important to vegetarians and vegans, who in the past were encouraged to combine foods to meet their nutritional needs. (A practice we now know is not necessary.)

According to the Food and Agriculture Organization of the UN, the protein content of quinoa is of equivalent in quality to that found in dehydrated whole milk. The UN states that quinoa is

the only plant food that contains all the essential amino acids, trace elements and vitamins and contains no gluten.”

Additionally, most grain foods are very acidic, which is believed to cause health issues. (This is why we here so much talk about following an Alkaline diet.) Quinoa is considered neutral, and is a good alternative for those who are concerned about a candida yeast overgrowth. Grains feed yeast and in some individuals can cause a systemic fungal infection with numerous health implications. This isn’t an issue with quinoa

Can I Use Quinoa in Place of Rice?

Is Quinoa Good for You to Lose Weight?

Yes, as part of a balanced diet, quinoa can be part of a healthy weight loss plan. It is an excellent source of plant-based protein (as noted above), as well as a good source of fiber. Many people report that quinoa keeps them full longer than other plant-based foods.

Is Quinoa a Type of Rice?

Quinoa is a seed that is related to plants like beet, chard, spinach and the edible weed lambs quarters. Although the leaves can be eaten in the same way that you can eat spinach or chard leaves, it is the seeds that we commonly refer to as quinoa. If you were to classify quinoa, the correct classification is a pseudo-grain, that is, a non-grain that is treated like a grain in cooking.

More recipes you may enjoy