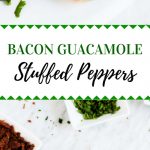 Bacon Guacamole Stuffed Mini Peppers are a delicious appetizer that I never get tired of.  It is simple to make and always a hit!

I love cheese as much as anyone, but sometimes I feel like I need a break.

Although I only buy organic, too much of anything isn't good. 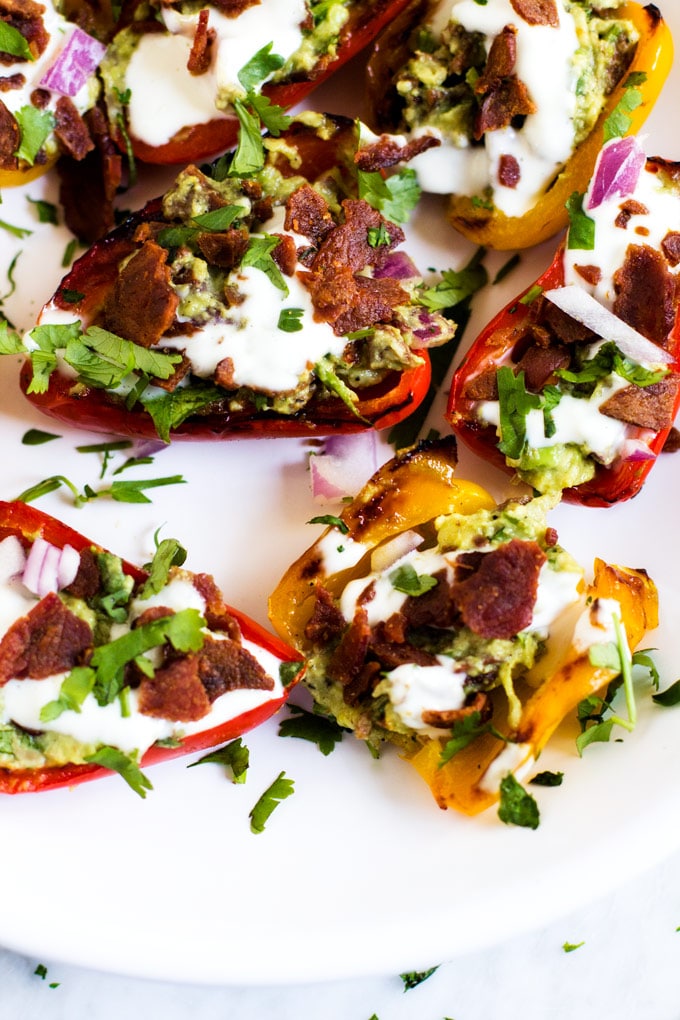 And trust me, there are times when I go on a major cheese overload. 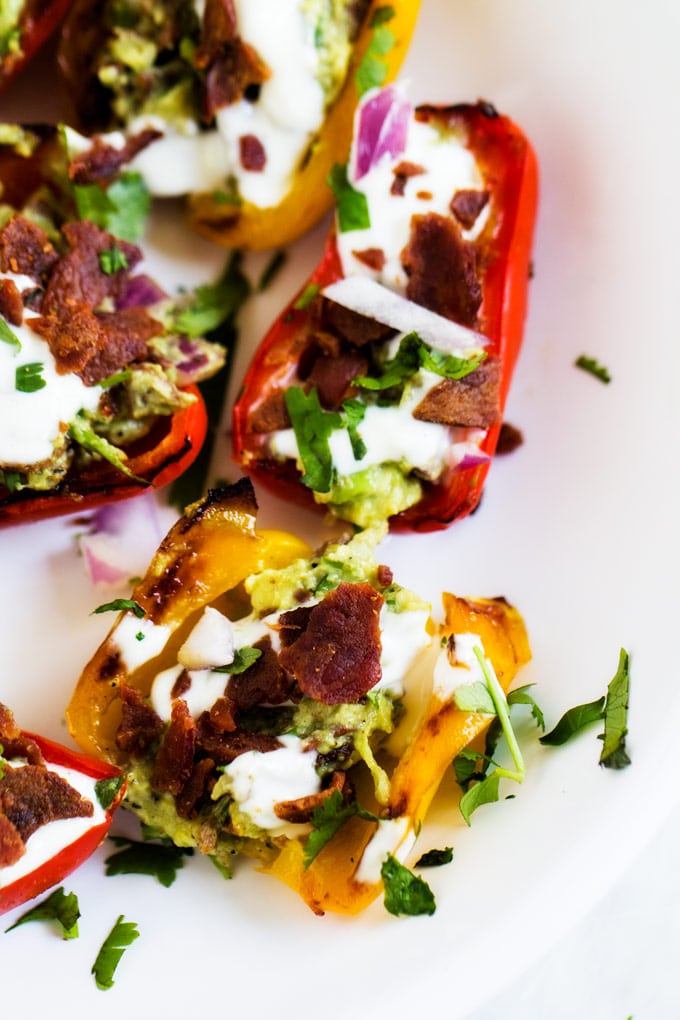 Last week, I found a bag of organic mini-peppers at the grocery store and couldn't resist picking them up. I had no idea what I was going to do with them.

When the weekend rolled around, I wasn't feeling the cheese but had avocados staring at me that were on the brink of finding a home in the trash can.

As much as I love avocados, it is a constant battle to use them up before they go bad because my husband has a habit of buying ten at once, regardless of how many times I tell him to just get a couple. 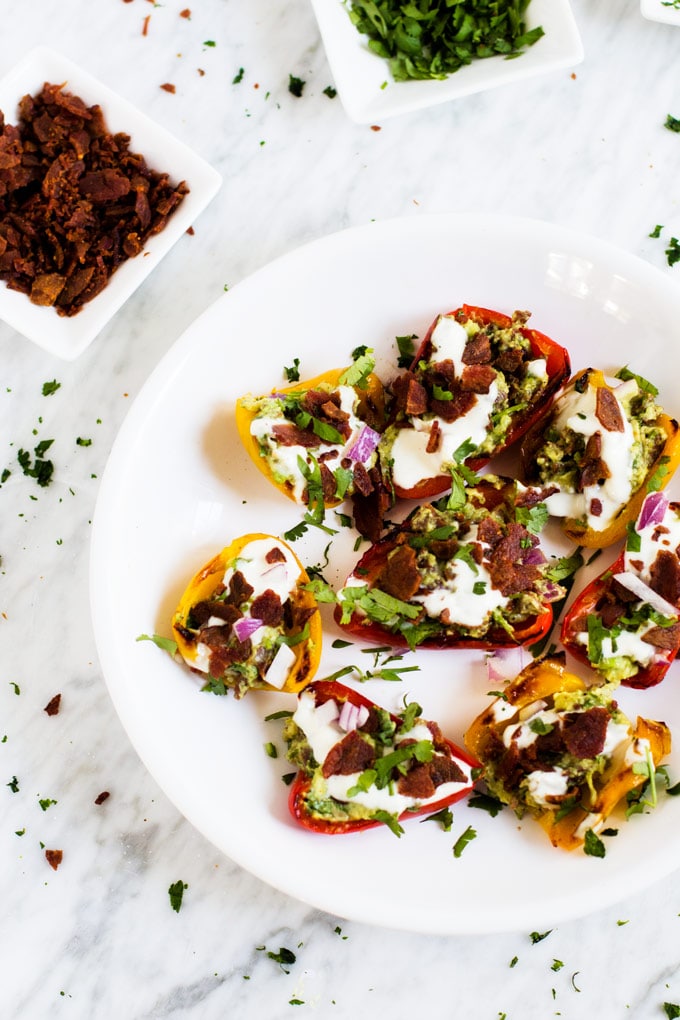 I also had a ridiculous amount of turkey bacon, thanks to a Costco run he went on.

The idea of using the combo to stuff the peppers with came to me, and these Bacon Guacamole Stuffed Mini-Peppers were born.

These stuffed peppers are a great appetizer, but I made lunch with them and had the leftovers as snacks.

Since avocado doesn't last long, they are best made the day you plan on eating them. Trust me; there won't be leftovers the next day if your husband loves them as much as mine did. 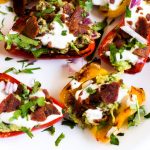