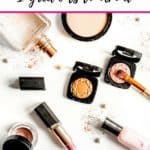 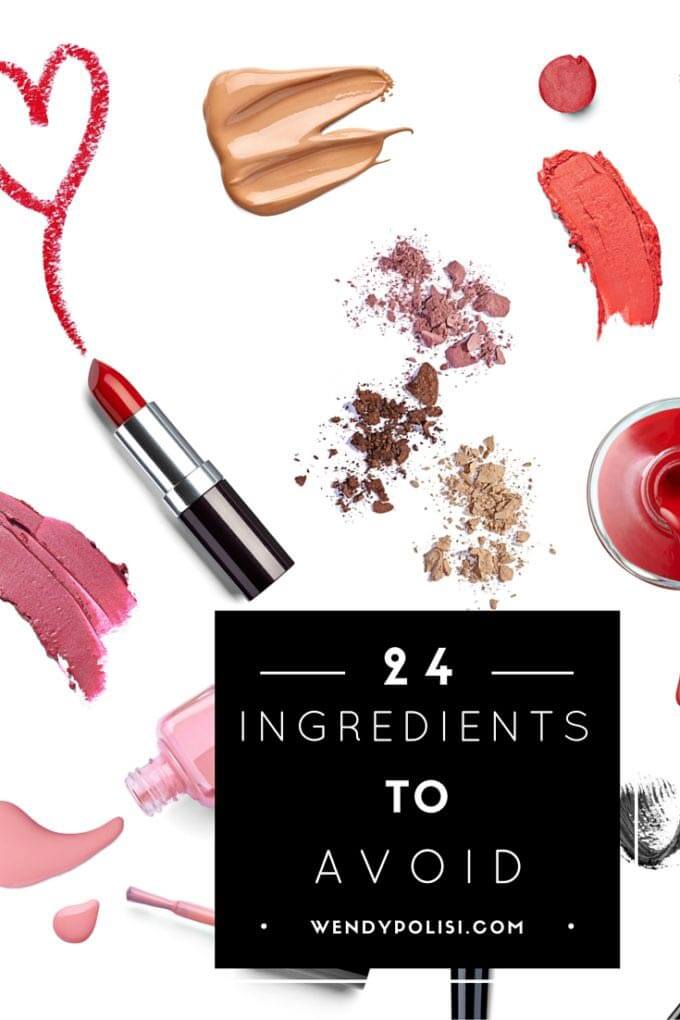 Have you ever taken the time to read the ingredients in the tiny print on the back of all those bottles in your bathroom. (Can you even still read them without a magnifying glass??? I'm starting to need one.)

Although it probably isn't your idea of a good time, it is critical to help you avoid toxins in your personal care products. There are so many skincare ingredients to avoid.

Evidence suggests that these toxins can disrupt your hormones, and many may be carcinogenic. The challenge is that it can be difficult to know which skin care products to avoid since many have ingredients that are not on the labels.

It is easy to think that there is no way our government would allow something that isn’t safe on the market, but that just isn’t the case.

If you can believe it, there are 1371 personal care ingredients banned in the European Union, but the FDA has only banned eleven.

Many of the companies that you know and may trust have been forced to change their formulas to sell in Europe, yet they knowingly continue to sell a more toxic version in the United States.

BECAUSE THEY CAN, not because it is safe.

The average women uses 12 personal care product a day and men use an average of six. The volume of products we use means that many of us are being exposed to up to 125 different chemicals on a given day. YIKES! 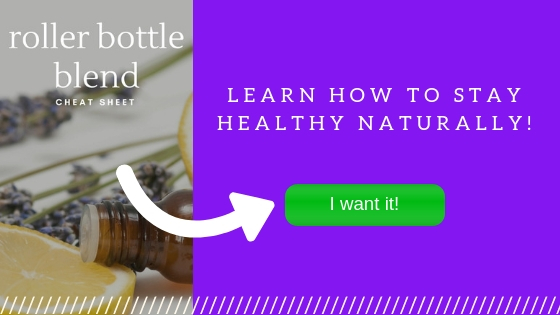 The reality it that it is up to each of us to look after ourselves and our families. The first step: Being educated!

The problem with lead in the body is that it mimics other biologically important metals such as iron, calcium, and zinc. By taking the place of these metals in individual proteins and molecules, lead interferes with normal biological processes. For example, it hampers certain neurotransmitters responsible for learning and brain development. Lead also interferes with enzymes critical to the production of red blood cells, leading to a form of anemia similar to that caused by iron deficiency. Gastrointestinal symptoms of lead poisoning include constipation, diarrhea, vomiting, metallic taste, and weight loss." Dr. Edward C Geehr, former Clinical Associate Professor of Medicine and Surgery at the University of California, San Francisco.

The following are affiliate links. We are a participants in the Amazon Services LLC Associates Program, an affiliate advertising program designed to provide a means for us to earn fees by linking to Amazon.com and affiliated sites.

DMDM Hydantoin converts to formaldehyde when it hits your skin, so we're pouring carcinogens onto our skin." - Dr. Mitchell A. Kline

Phenoxyethanol, a preservative that is primarily used in cosmetics and medications, can also depress the central nervous system and may cause vomiting and diarrhea, which can lead to dehydration in infants." FDA Warning

Aluminum is omnipresent in everyday life, and increased exposure is resulting in a burgeoning body burden of this nonessential metal. Personal-care products are potential contributors to the body burden of aluminum, and recent evidence has linked breast cancer with aluminum-based antiperspirants" Source: "Aluminum in Human Breast Tissue," Journal of Inorganic Biochemistry, September 2007, 101 (9):1344-1346 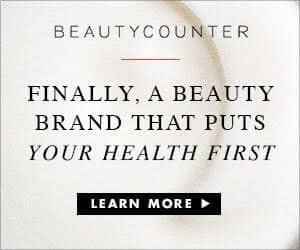 If you've stuck with me this long, chances are you are more than a little overwhelmed.  I get it.

I've been that way for years.  I would buy products that said they were "natural" only to find out later that they had harmful ingredients in them.

Or, I'd find a product that was free from toxic ingredients and end up disappointed in how it performed.

If you've stuck with me this long, chances are you are more than a little overwhelmed.  I get it.

I've been that way for years.  I would buy products that said they were "natural" only to find out later that they had harmful ingredients in them. (Natural doesn't mean safe and synthetic does not always mean harmful.)

Or, I'd find a product that was free from toxic ingredients and end up disappointed in how it performed.

And then I found Beautycounter.

Beautycounter has banned more than 1,500 ingredients!

They have set a new health and safety standard while also ensuring that their products work!

I love that they are as indulgent as any luxe moisturizer, shampoo or lipstick on the market.

Not only do Beautycounter's products perform, but the company is committed to working towards real change. They are dedicated to making changes on the legislative level, so that everyone is aware of the skin care ingredients to avoid!

No More Dirty Looks: The Truth about Your Beauty Products--and the Ultimate Guide to Safe and Clean Cosmetics

Toxic Beauty: How Cosmetics and Personal-Care Products Endanger Your Health... and What You Can Do About It

Not Just a Pretty Face: The Ugly Side of the Beauty Industry
Yoga Journal, November 2014

"Is Your Lipstick Leaded? | Lifescript.com."